Article by Brendan O’Malley and Jan Petter Myklebust. May 22nd 2021. 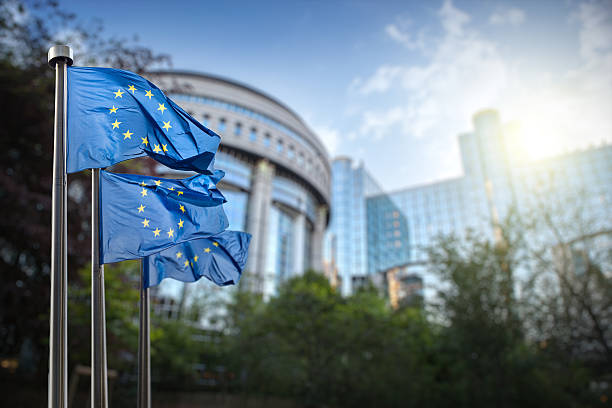 The Council of the European Union, comprising ministers of EU member states, has called on European governments and higher education systems to support the European Universities Initiative (EUI) and make it a central to building a European Education Area by 2025.

In this context, they suggest exploring the need for and feasibility of joint European degrees within the alliance of ‘European Universities’.

The call came in conclusions, “The European Universities Initiative – Bridging higher education, research, innovation and society: paving the way for a new dimension in European higher education”, adopted on 17 May at a Council education ministers’ meeting moderated by Manuel Heitor, minister of science, technology and higher education of Portugal, which currently holds the EU presidency.

The EUI, launched by EU leaders in 2017, will be fully rolled out during the EU’s 2021-27 financing period. In the current pilot phase, it already involves 284 universities in 41 European alliances. The first 17 EU-funded alliances were launched in 2019 and still have one and a half years to run. A second round of 24 alliances started last year.

These are bottom-up networks of higher education institutions across the EU which, it is envisioned, will enable students to obtain a degree by combining studies in several EU countries and will contribute to the international competitiveness of European universities.

The vision is that within the European Universities’ alliances, students, staff and researchers should be able to move seamlessly between partner institutions to train, teach and do research.

Each network is required to include three or more universities from three member states or other countries associated to the EU’s Erasmus student exchange programme. They are given seed funding of €5 million (US$6 million) and a later top up of €2 million.

The conclusions call for cooperation between research, innovation and education to be encouraged through the alliances, set out 19 political objectives, and state that the EUI will “contribute decisively towards achieving the ambitious vision of an innovative, globally competitive and attractive European Education Area or EEA and European Research Area or ERA”, and establish “ambitious transnational cooperation between higher education institutions in Europe”, inspiring the transformation of higher education.

Minister Heitor of Portugal, who moderated the Council’s discussion, said: “We all must guarantee that ‘European Universities’ are made operational as ‘test beds’ for student-centred approaches, addressing societal challenges and skills needs in Europe.

“They should also act as ‘test beds’ for responsible research and teaching and the recruitment of young researchers, including improved tenure track systems, and to strengthen career management and diversification.”

He said ‘European Universities’ should foster the adoption of open science principles, including the guarantee that career development can be associated with research publications freely available on journal websites, or through public repositories, as well as other open science practices, such as open access publishing, knowledge and data sharing, and open collaboration.

The Council’s conclusions say a stepwise approach to joint recruitment schemes for teachers and researchers should be promoted by ‘European Universities’, aimed at effective “multidirectional” and “balanced” brain circulation across Europe, associated with strengthened responsible research and teaching careers, particularly for young researchers.

It also invited member states to take advantage of “all available funding possibilities”, including the €750 billion (US$914 billion) Recovery and Resilience Facility (the EU’s post-crisis budgetary instrument), to support the development of ‘European Universities’.

In order to allow member states to monitor the development of the European Universities Initiative, the European ministers asked the European Commission to report back, by the end of 2021, on the main outcomes of the mid-term review of the first alliances.

However, university representatives and experts have accused the Council of failing to provide enough financial support and overloading the initiative with political objectives.

Anna-Lena Claeys-Kulik, policy coordinator of the European University Association (EUA), which has more than 800 member universities, told University World News that the conclusions send an important signal of continuing political backing, but the request for member states to support universities with further funding “where possible” is “not a very strong commitment”.

In addition, “what we have seen over the past year is that the further you go with attaching too many political goals – and building the EEA and ERA is all well and good – but it cannot all happen mainly through EUI. Overloading the alliances with too many broader policy goals risks overburdening them, while they need time and leeway to focus on the core goals of their academic project”.

The EUA says the EUI is only one tool among many to achieve the university-related objectives of the EEA and ERA and “top-down steering” should be avoided.

With the mid-term review approaching, there is concern that alliances are being asked to tick too many boxes – from inclusiveness to excellence and innovation – to be able to excel.

Professor Ludovic Thilly, executive vice-rector of European networks at the University of Poitiers in France, coordinator of the EUI alliance EC2U and chair of the executive board of the Coimbra Group, which has 32 universities in the 41 alliances, described the conclusions as lacking ambition and a “missed opportunity”.

The conclusions will not satisfy LERU, the League of European Research Universities, which said in a statement on 12 May that many of the alliances are underfunded “and the participating universities that do not get any additional national funding are even more so, creating an imbalance between partners in one alliance”.

It said the alliances created within the initiative are long-term, university-wide, intensive partnerships like none that have ever existed before and “if member states truly want to contribute to the success of the European Universities, they will need to step up their game, putting their money and their actions where their mouth is”.

A key problem identified by the Council is that there are many barriers that hamper cross-border collaboration, joint degrees and the setting up of legal entities that can only be removed by member state action.

LERU advocates that member states use the decision on the full rollout to pro-actively engage with their universities and the European Commission, to identify and break down these barriers.

Claeys-Kulik of the EUA said the barriers and challenges range, for instance, from quality assurance for joint programmes and joint degrees to issues to do with staff mobility, when institutions want to share teaching or research staff and different national frameworks apply.

Another issue is the mismatch between countries that charge or don’t charge student fees, raising complications with mobility.

LERU argues that if member states do not play their part in eliminating national obstacles to transnational cooperation, the European Commission should take legal action.

“The long-term success of the European Universities depends on the ability of national policy-makers and actors to remove regulatory and administrative hurdles, which are most often obsolete rules resulting from the historical building of our national systems,” said Professor Jean Chambaz, president of Sorbonne University and chair of LERU.

“Cleaning up these obstacles is a necessity to build up this open area of higher education in Europe, which we all call for.”

Professor Thilly of the Coimbra Group told University World News that he was disappointed with the final version of the Council’s conclusions, which were less ambitious than earlier ones.

The Coimbra Group has been active in the co-design phase of the European Universities Initiative where all stakeholders, including member states, were calling for a renewed ambition for the future of higher education and research in Europe.

Alliances of European Universities were thus created to “accelerate the transformation of higher education institutions into the universities of the future with structural, systemic and sustainable impact”.

He said now the 41 alliances have officially started to develop their ambitious work plans and are becoming major actors at the intersection of the European Higher Education Area and the European Research Area and testbeds for maximum synergies between all missions of the ‘knowledge square’ (education, research, innovation and service to society).

However, he is “very concerned” about the “clear asymmetry in the efforts of the European Commission on the one side and of the national authorities on the other side in supporting the alliances, both financially and in terms of the necessary regulatory flexibility”.

He said it was expected that the Council conclusions would remedy this asymmetry, but the adopted version is much less ambitious than the draft one and crucial topics such as the “future European Degree” and the “legal statute of alliances” have simply disappeared.

“Even worse, several articles have been downgraded with the introduction of modulations related to potential ‘national and regional circumstances’. Sadly, the Council conclusions are now a missed opportunity and are reduced to a catalogue of good intentions,” he said.

Dan Andrée, representative of Vinnova, the Swedish innovation agency, in Brussels for the past two decades, said the Council’s conclusions suffer from having to be adopted unanimously which leads to a lot of watering down and caveats and the EUI conclusions are a “good example” of that.

LERU also pleaded for the option to be able to include universities from post-Brexit UK and Switzerland as full partners even though they would not be Erasmus programme countries, as it would benefit the EU to strengthen university connections between those countries and the EU.